The Necromancer Will Appear as an NPC
If you read this article from blizzplanet.com they interviewed Josh Mosqueira on Aug. 25th and they said the Necromancer will play a role as either a NPC or possibly a playable character. But we will not know anything until Blizzcon so it is still speculation about using the necromancer as a character but they will have some sort of role.
Vaeflare confirmed it earlier, but there is no harm in saying again. You’ll get a chance to meet a familiar necromancer npc, but the only additional playable class in Reaper of Souls is the Crusader. We’ll have more information to share about the Crusader in the coming months, but this armored, battle-worn, veteran will be a mighty addition to hero roster of Diablo III. (forrás)

Playing Without the Expansion
If i buy the xpac and my friends dont, will i still be able to play with them? (Of course, not in act5)
You’ll still be able to play Diablo III with players who don’t own Reaper of Souls, but there is some content that will be restricted, like Act V and the Nephalem Trials found there. We’ll be able to share more info on this as time rolls on, and the details get ironed out. (forrás)

Transmogrification will work on legendary’s right? (looks at dyes)
That has still to be determined, so I’m afraid I cannot give you an answer to this question just yet. There are a lot of items in the game, so the developers have a lot of stuff to parse through before they are able to decide on which items will be eligible for transmogrification to begin with.
Since Vaneras is around i have a quick question: Loot 2.0 and the new level cap will come at the same time right!?
The current plan is that loot 2.0 and other major system changes will come in a patch sometime before the expansion (exactly when has yet to be determined), but the new level cap will require the expansion. (forrás)
Still Nothing Concrete on PVP
I am so confused because blizzard is talking so much about the expansion but they didn’t mention anything about PvP
We did mention a few things about PvP during gamescom, but not a lot because there is not much to say about PvP at this moment in time.We are still exploring different game types, but there are not any concrete plans to add an additional PvP mode in Reaper of Souls. When we are sure that we can deliver a PVP experience that feels meaningful to the game, that is also of high quality as well as fun to play, then we can assure you guys that you will be the first to know.Not so long ago, Wyatt Cheng and Josh Mosqueira talked a little about PvP in different fansite interviews, so you might want to check out the following links if you would like to know more about what has been said so far about PvP in Diablo III:
http://diablo.incgam…-podcast-part-2
http://www.diablofan…full-interview/ (forrás)

If I keep a rare ilvl 43 item and reroll an affix on it, does the item upgrade to ilvl 70?
Currently, only the item affix would roll at your character’s level. The iLvl itself wouldn’t change.

Some players are wondering if a weapon’s DPS can be rerolled as well (I’m also curious).
@Jaetch Good question! Don’t know. Will have to find out for you. (I imagine that info will be included in whatever big update we provide.)

Are reroll attempts limited or can we reroll as much as we want per item?
@Jaetch TBD! (Saw that question over on the forums and @redditdiablo too.) (forrás)

Any details or word on whether past dead HC champs, archived or otherwise, will be factored into Paragon 2.0?
@Marvel_Mills Nope! The feature is still in development, so many details are not yet finalized. Once they are, we’ll definitely share them. (forrás)

do we have to purchase RoS later, or the expansion gonna be free to play?
@HalimAndrew1 In order to access content specific to Reaper of Souls, players will need to purchase the expansion pack. (Price details TBD.) (forrás)

Vendors in ROS – more meaningful later in game? Unique items / reason to visit them? How about the healer?
@Aroyoc Re: both your posts. Stay tuned! We’ve got a lot more details to share about the expansion in the coming weeks/months. (forrás)

any chance to see gems (and crafting materials) stocking up to more than 100 units in RoS? They take too much inventory space…
@pikkediablo Don’t know off-hand, but that’s definitely something I can check on/forward on to our developers. 🙂 (forrás)

Has there been any discussion on changing the way NV works?  Current system is restrictive, denies build experimentation.
@DMJops Some discussion, yes. Absolutely! No changes have been finalized though. :)(forrás) 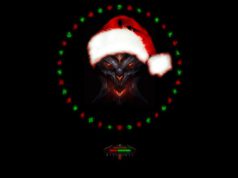 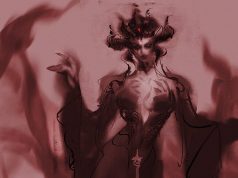